Jake Gyllenhaal has An Enemy
The actor will star in this psychological thriller directed by Denis Villeneuve. Joining him are French actress Mélanie Laurent, Sarah Gadon and Isabella Rossellini. An Enemy is the story of a history teacher living with his girlfriend who comes across an identical man living close by with his pregnant wife.

Julianne Moore’s as Carrie‘s mom.
A remake is in the works with Chloe Grace Moretz set to play the title role and Moore as her mother, Margaret White. Gabriella Wilde will play the role of Sue Snell. Kimberly Pierce (Boys Don’t Cry) will direct. 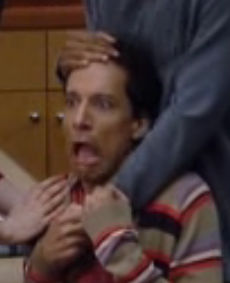 What future for Community?
NBC has renewed the show for half a season. But there are rumors that creator Dan Harmon will not be involved next year. I really hope this isn’t true, it makes me feel like Abed when one of his favorite shows gets cancelled. Do we really want to see Community survive without the man who made it so great?


Dream cast for The Heiress
For those of you who are lucky enough to live in NYC, don’t miss this! Dan Stevens (Matthew Crawley in Downton Abbey) will star opposite Jessica Chastain and David Strathairn in The Heiress on Broadway! The play, an adaptation of Henry James’ Washington Square, should open around October 2012. In the meantime, you can always prepare yourself by watching William Wyler’s wonderful film with Monty Clift and Olivia De Havilland.

« They could be brothers! THE NEWS »