Looks like Guy Pearce’s career is back on tracks! The actor will be joining the cast of Iron Man 3. According to Variety, Pearce will play Aldrich Killian, a geneticist. Ben Kingsley is also apparently in talks to be the movie’s villain. I’m not much of a comic book fan (Batman is the only one I love), so that’s all the info I can give you!

And the Games continue! Out with Gary Ross, In with Francis Lawrence! The I Am Legend director has been offered the chance to direct The Hunger Games sequel, Catching Fire. The studio plans a release in 2013. Filming should start this summer as Hunger Games‘ star Jennifer Lawrence is attached to star in the X-Men: First Class sequel, which will start filming in January. That’s too many sequels for me to bear!

Has my wish been fulfilled? Penelope Cruz is rumored to be in talks for a part in Ridley Scott’s The Counselor! Her partner, Javier Bardem, is already cast. Written by Cormac McCarthy, the story follows a lawyer (Michael Fassbender) who gets involved in the drug business. Will Cruz play the femme fatale or Laura, the lawyer’s fiancée? Other members of the prestigious cast include Brad Pitt and Angelina Jolie. The film should start shooting in June. 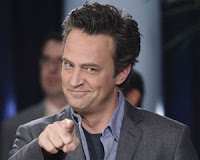 Could we be more excited? Matthew Perry’s new sitcom Go On has just been picked up by NBC. The comedy will follow the story of a sportscaster, who after suffering a loss, finds comfort in group-therapy. Perry has been seen on The Good Wife lately. I was hoping that he would become a series regular, but with his new show being given the green light, it looks like it won’t happen! I hope this time the show will survive. None of Perry’s TV shows after Friends worked out (Studio 60 and Mr. Sunshine).

« THE MUSICAL POST Lindsay Lohan as Liz Taylor: Are you kidding me??? »