Tim Roth, aka Pulp Fiction‘s “Pumpkin”, will head the “Un Certain Regard” jury at the Cannes Film Festival. The rest of the jury should be announced in the next few days…

The fantastic J.K Rowling will release a new book on September 27th, entitled The Casual Vacancy. The author has announced that the book will deal with social issues and that the tone was “darkly comic”. You can read the synopsis on The Wall Street Journal.

Otherwise, I have to say I am a bit worried about this project: Originally called Alfred Hitchcock and the Making of Psycho, the now Hitchcock film, helmed by Sacha Gervasi stars Anthony Hopkins as the English genius and Helen Mirren as his wife, Alma Reville. So far so good. But here’s my problem: Scarlett Johansson (whom I usually like) will play Janet Leigh, and that really doesn’t work for me at all. And even worse, Jessica Biel (whom I really do NOT like) is set to play Vera Miles… I’m not sure what to think of James D’Arcy playing Anthony Perkins. Despite his charming name, I’m not convinced that he’s talented enough to play such a great actor. 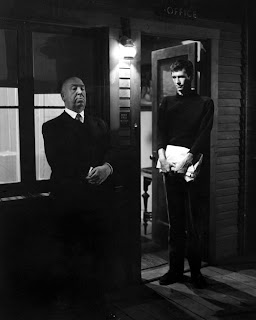 I am not a great fan of all those films being made about actors. I find it hard to really believe in these performances. As much as I love Michelle Williams, for example, I couldn’t forget who she was in My Week with Marilyn (but the movie was really bad anyway…). Even in The Aviator, which I love, it was difficult to associate the character played by Kate Beckinsale to Ava Gardner… The familiarity that we have with these stars is perhaps too great. So it’s hard to believe when you watch someone else trying to be them.

To finish on a more positive note, there are rumors that Angelina Jolie might be playing a small role in Ridley Scott’s The Counselor, which already stars the unbelievably awesome Michael Fassbender. I would love to see Jolie make a good film for a change. And I also hope that the rumor about Natalie Portman being in the film is false (more on that later).

So here you go my friends, these are the news I found interesting to share today. Have a nice night and Viddy Well!